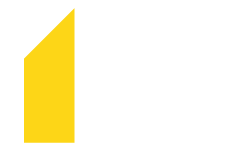 With the financial support of the Internal Security Fund (ISF) Police Annual Work Programme 2016, EBR has launched the second phase of the EBOCS project. The ultimate deliverable for EBOCS […]

The EBOCS project has been rated as “excellent” by the European Commission – DG Migration and Home Affairs, with the following comment: “All actions foreseen have been implemented. The EBOCS […]

On 16 November 2015 data from Companies House Gibraltar was added to the EBR service offering. We are happy to count 25 members online now on EBR.

In January 2014 a new project funded by the European Commission DG-Home Affairs has started: EBOCS – European Beneficial Ownership and Control Structures. EBOCS will develop IT services to provide […]

Companies House Gibraltar Ltd, that operates the Registry of Companies in Gibraltar, has joined the EBR cooperation during the EBR General Assembly held in Ljubljana on 30 May 2013. EBR is pleased […]

We have been informed that an organization using the identity of the EBR is recruiting people in Greece for secretarial positions. We are advised that persons who are recruited in this […]

The Malta Financial Services Authority, that operates the Maltese Registry of Companies, has joined the EBR network during the EBR General Assembly held in Cologne on 11 October 2012. This […]

June 2012: Directive on the interconnection of registers is published

EBR has organized an accession group meeting in Rome with the EU Registries who are not yet part of the network. On 17 and 18 November, the Business Registers of Bulgaria, Malta, […]

At the end of May the EBR network successfully migrated to the new Service platform. The EBR 3.0 Registry Platform delivers a centralised service-orientated architecture for the exchange of Business Registry […]

All EBRA Membership and Board related correspondence should be directed to:

Technical or product related enquiries regarding the EBR Network should be directed to:

All queries relating to communication, please direct to:

Manage Cookie Consent
To provide the best experiences, we use technologies like cookies to store and/or access device information. Consenting to these technologies will allow us to process data such as browsing behavior or unique IDs on this site. Not consenting or withdrawing consent, may adversely affect certain features and functions.
Manage options Manage services Manage vendors Read more about these purposes
View preferences
{title} {title} {title}